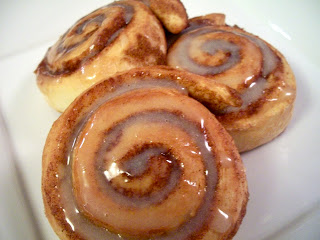 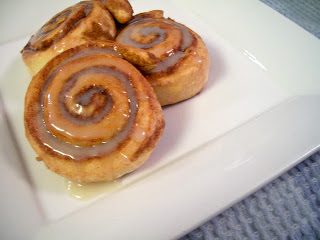 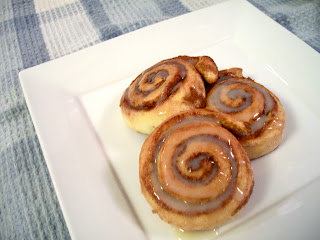 Nothing is as comforting as a warm, gooey cinnamon roll fresh out of the oven. This recipe is so simple and quick to make as long as you don't mind waiting for the dough to rise! The addition of sour cream makes the dough super light and flakey and gives the glaze a slight tang, similar to cream cheese frosting. Enjoy one for a leisurely weekend breakfast or with a cup of coffee!
Ingredients:
1/4 cup warm (not hot) water
2 tsp. active dry yeast
1 tsp. white sugar + 2 Tbsp. white sugar, divided use
1 large egg
1/3 cup sour cream + 2 Tbsp. sour cream, divided use
5 Tbsp. (1/4 cup plus 1 Tbsp.) unsalted butter, melted, divided use
1 tsp. baking powder
1/2 tsp. salt
2 cups all purpose flour
1/4 cup brown sugar
1 and 1/2 tsp. cinnamon
1/3 cup icing sugar
1/4 tsp. vanilla extract
Directions:
In a large mixing bowl, whisk together the water, yeast, and 1 tsp. white sugar. Allow this to sit for 5 minutes. Stir in the additional 2 Tbsp. white sugar, egg, 1/3 cup sour cream, 1 Tbsp. melted butter, baking powder, and salt until well combined. Stir in the flour until combined and the mixture comes together into a ball of dough. You may find it easier to mix with your hands. Lightly cover the bowl with a dish towel and allow the dough to rise in a warm area for 45 minutes. 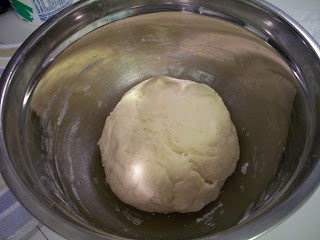 After the first rise, roll the dough out onto a floured countertop or table, using a floured rolling pin. Make sure the surface is well floured so that the dough doesn't stick. 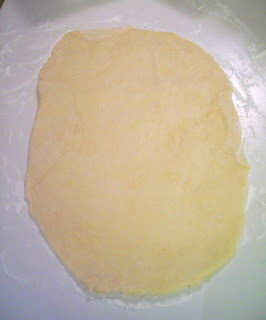 Brush the dough with 3 Tbsp. melted butter, then combine the brown sugar and cinnamon and sprinkle it on top of the rolled dough. 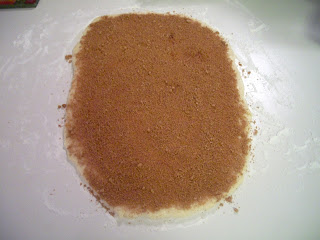 Roll the dough up and slice into 10-12 even pieces. Place the pieces on a well greased cookie sheet. Lightly cover with a dish towel and allow the dough to rise a second time in a warm area for 30 minutes. 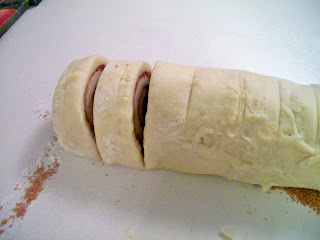 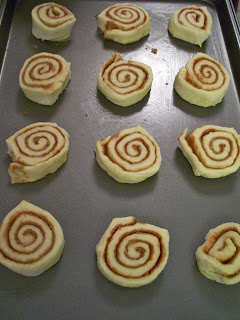 Preheat the oven to 350 degrees F. Brush the tops of the cinnamon rolls with the remaining 1 Tbsp. melted butter. Bake for 17-20 minutes, or until golden brown. Transfer the cinnamon rolls to a wire rack or serving platter to cool slightly. 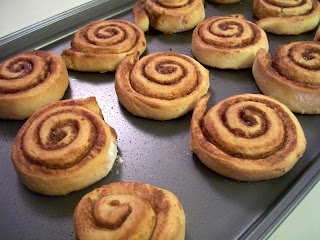 To make the glaze, mix together the remaining 2 Tbsp. of sour cream, icing sugar, and vanilla until well combined with no lumps. Drizzle over the cinnamon rolls as they are cooling. Serve the rolls warm. 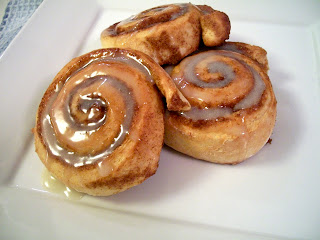 *Recipe adapted from Sugar Plum
Posted by Brooke at 8:49 PM