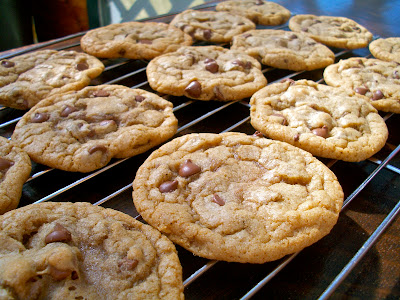 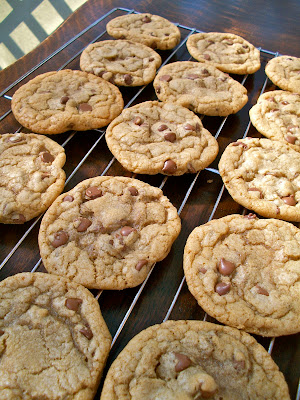 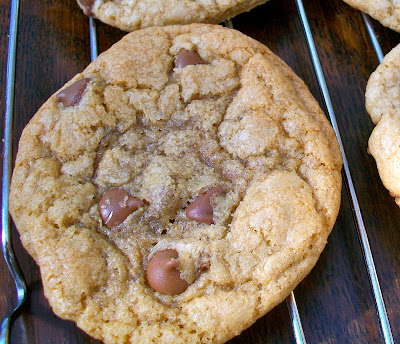 I know that many of us have our own go-to chocolate cookie recipes and, for me, this recipe is perfection! Chewy on the inside, slightly crispy on the outside, and chocolate in every bite. All you need is the most basic of cookie ingredients, a bowl, and a wooden spoon, and you can have fresh, warm cookies out of your oven in half an hour! If you are a fan of the salty-sweet combination, I highly recommend a sprinkling of coarse sea salt or Kosher salt on top of each cookie.

Preheat oven to 350 degrees F and place the oven rack in the centre of your oven. Line two baking sheets with parchment paper.

In a large bowl, combine the melted butter with the brown and white sugar and mix vigorously until smooth. Mix in the egg, followed by the egg yolk, until well combined. Stir in the vanilla extract.

In a separate bowl, whisk together the flour, baking soda, and Kosher salt. Add the dry ingredients to the wet and stir until mixed. Fold in the chocolate chips.

Place 1-2 Tbsp.-sized balls of cookie dough onto the prepared cookie sheets, spacing them about 2-inches apart. If you find the dough too soft, then refrigerate it for 5-10 minutes. I leave my cookie dough in the fridge between batches, or pre-roll my dough balls onto the cookie sheet and place the whole thing in the fridge. This keeps the cookies from spreading too thin while baking. Sprinkle the top of each cookie with coarse salt before baking, if desired.

Bake for 11-13 minutes in the preheated oven, until edges of the cookies are golden brown. Don't worry if they look a little bit underdone in the middles, they will continue to bake on the cookie sheets as they cool. Cool the cookies on the sheets for 3-5 minutes before transferring to a wire rack to finish cooling.

Store cookies in an airtight container at room temperature. 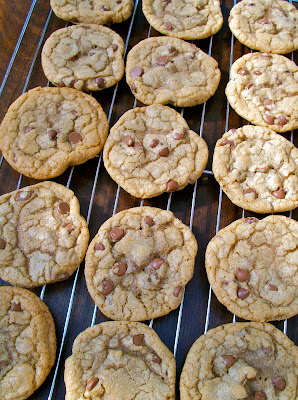 *Recipe by Brooke McMillan
Posted by Brooke at 12:45 PM 3 comments: 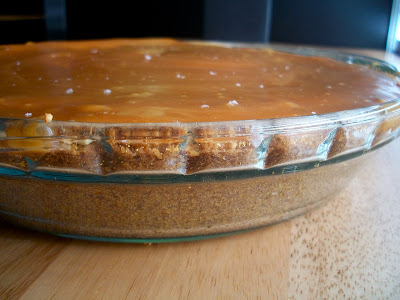 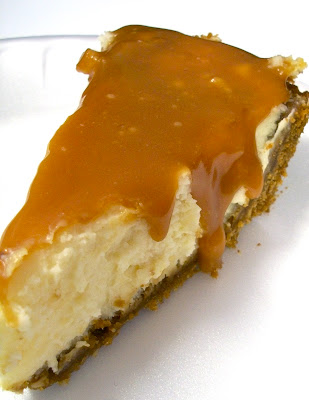 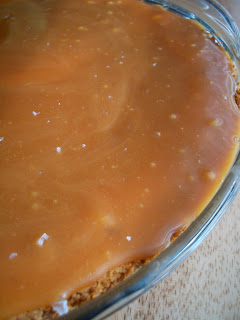 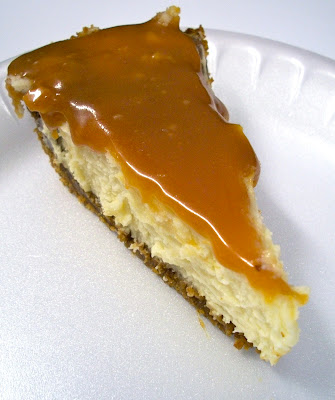 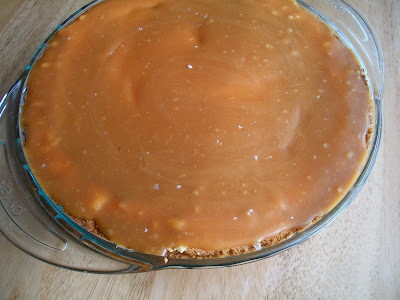 *Recipe adapted from Joy the Baker
Posted by Brooke at 8:47 PM 3 comments: 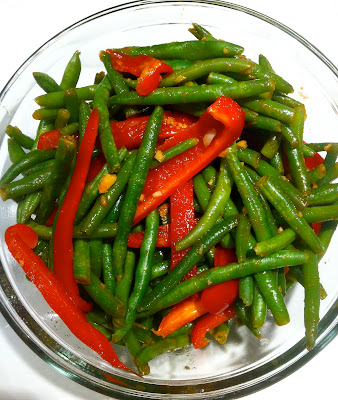 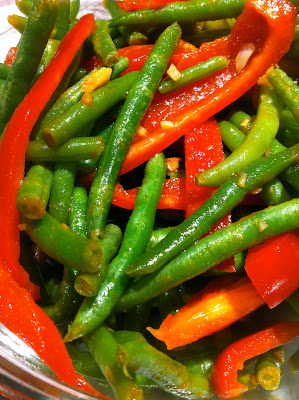 This is the kind of dish that is ideal when you want something quick, simple, and tasty at the end of a long day! It uses ingredients that can be found in almost any pantry - and if you don't have something listed then it's easy to customize it to what you do have on hand. As far as hot sauces go I'm pretty dedicated to my sriracha, but your favourite hot sauce will work just fine. This spicy, garlic-y sauce pairs great with any combination of stir-fry vegetables, so just cook them until tender-crisp and you've got yourself a flavourful side dish. I like to double up the sauce, then add in firm tofu and rice or noodles for a quick vegetarian entree.

Cook green beans and red pepper until tender crisp then set aside. To cook I just sauteed them in a small bit of water for 3-5 minutes until they were still firm and crunchy but no longer raw, then removed them from the heat.

Meanwhile, melt butter or heat olive oil in a large saucepan, then add the garlic and cook until fragrant. Add in the sriracha, brown sugar, and salt and stir to combine. Add the green beans and peppers and toss to coat. Serve warm or chilled. 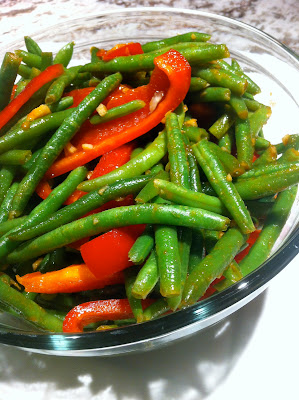 *Recipe by Brooke McMillan
Posted by Brooke at 7:34 PM No comments: