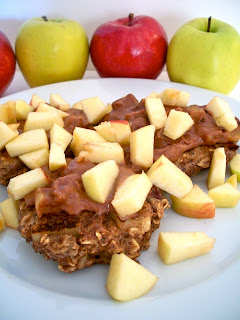 These pancakes are positively bursting with apples! They make an appearance in the pancake batter itself, then in the caramel sauce, and finally as a garnish on the cooked pancakes. In addition to the apples, the whole wheat, oats, and flax in the batter make these pancakes a nutritious breakfast that will keep you feeling full, and the thick, healthy caramel sauce provides a decadent topping without the mid-morning sugar crash. An apple a day is certainly no chore when you get to eat it like this! 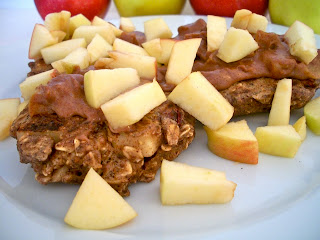 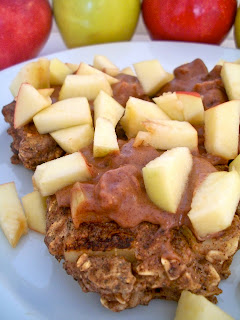 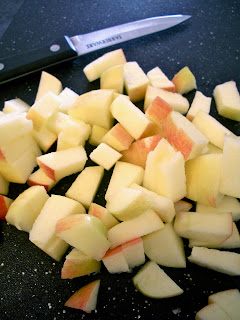 Begin by dicing your apple. If you didn't want chunks of apple in your pancakes then you could grate the 1/4 apple instead and add that to the pancake batter!
In a small bowl, mix the flour, oats, flax seed meal, baking soda, cinnamon, and nutmeg until evenly combined. Add in the vanilla and almond milk and stir to combine. Fold in the diced apple. 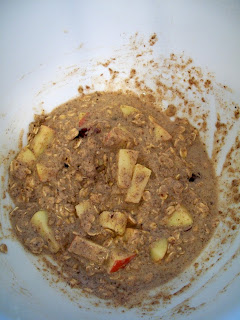 Spray a skillet with nonstick cooking spray or grease with margarine. Heat the skillet on medium high heat and drop three equal-sized portions of the pancake batter into the skillet once it is hot. Cook for approx. 2-3 minutes, flip, then cook for an additional 2-3 minutes on the other side. 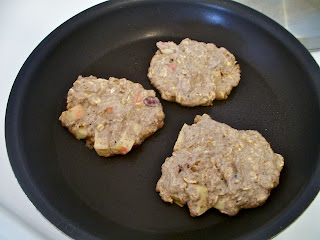 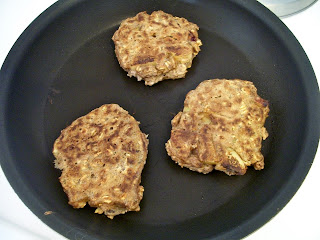 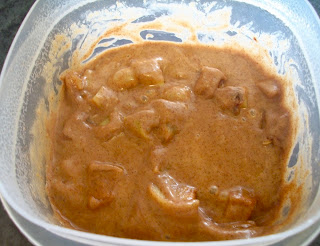 To make the caramel apple sauce: Combine the diced apple, vanilla, maple syrup, and cinnamon in a small microwave-safe bowl. Heat in the microwave for 90 seconds then set aside. In a separate small microwave-safe bowl, combine the peanut butter and almond milk, then microwave for 30 seconds. Stir the peanut butter and almond milk mixture with a fork or small whisk until smooth, then stir it into the apple mixture until combined. Heat for an additional 20 seconds in the microwave. Drizzle over pancakes. This sauce would also be great to dip fruit in, or as an oatmeal or ice cream topping. 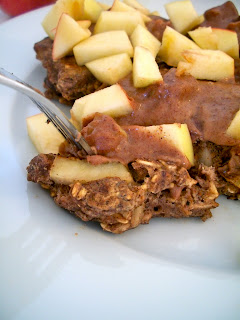 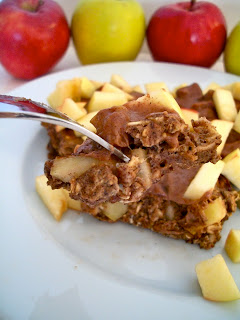 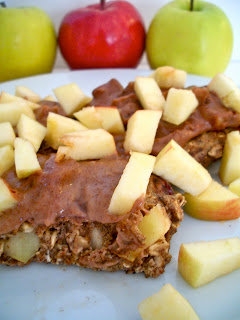 *Pancake recipe adapted from Clean Eating Chelsey
Posted by Brooke at 6:47 AM